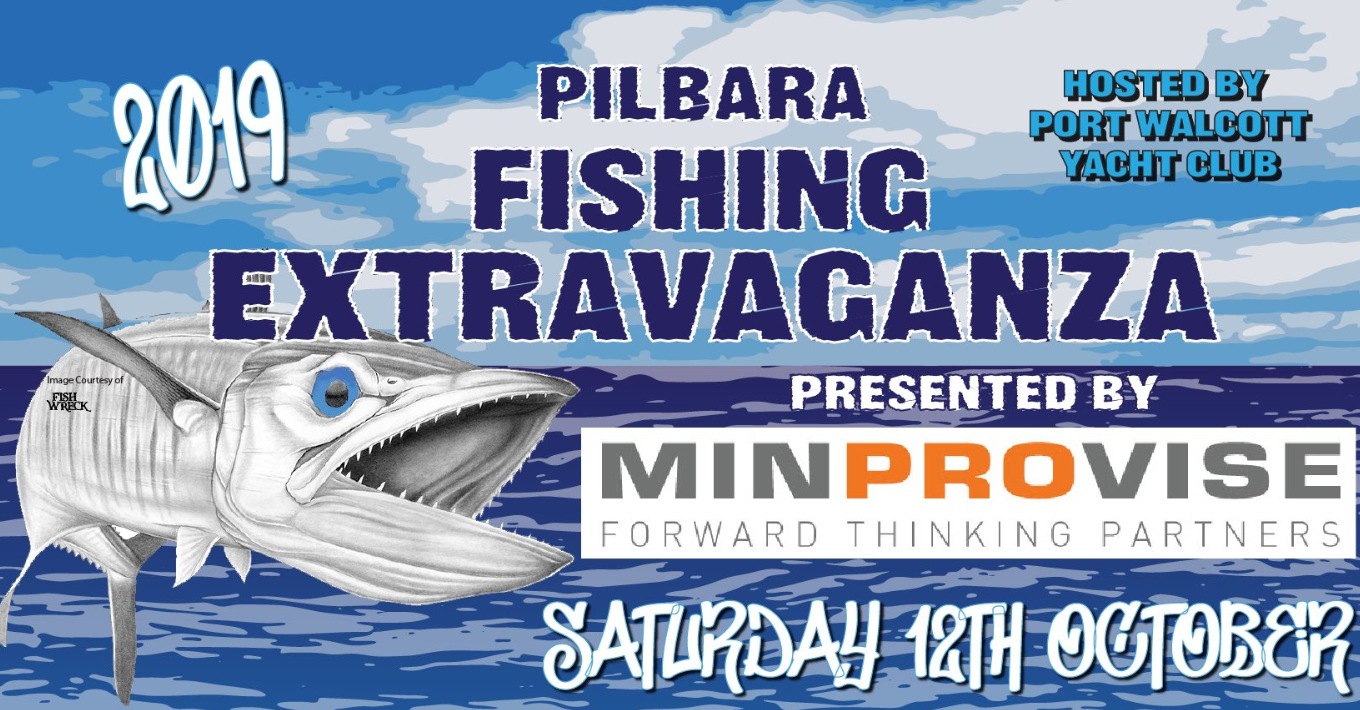 Minprovise Community Sponsorship in the Pilbara

Minprovise continues to demonstrate their commitment to community engagement with their most recent slate of sponsorships.

From an up-and-coming Olympic boxer, based out of Perth, Western Australia, to their second consecutive year as major sponsor and partner of Port Walcott Marine Safety’s “Fishing Extravaganza” – the mining Specialist Products & Services provider continues to hit home through their dedication in giving back to their local communities.

On September 5-7, 2019, the Pilbara will dig in their boots and kick up some dirt with an long-running, crowd-favourite, the Annual “Robe River Campdraft & Rodeo.”

The event attracts over 4000 people to the Pilbara town of Pannawonica and has been growing increasingly in its numbers over the events 24 year history.

As a not-for-profit event, the community relies heavily on donations from local businesses, based out of the Pilbara, to give a buck – with Minprovise throwing their hat in the ring this year as major sponsor.

This contribution ensures the rodeo can be run for all the community to enjoy and also goes towards the upgrade of rodeo grounds and several local charities, all of which enrich the lives of people living in the Pilbara Outback.

In October, Wickham will head to the sea for their annual ‘Extravaganza’ fishing competition.

As the biggest one-day fishing comp in the North-West, the event has grown exponentially from it’s humble beginnings, with a fresh, four-year history.

With last year seeing a record number of 220 local entrants, this year is expected to crack over 300 eager fishermen and has even caused event officials to upgrade to a bigger venue in order to accommodate everyone.

The competition is run by Port Walcott Volunteer Marine Rescue and serves a dual purpose: “It gives people the chance to fish, but it also acts as a membership drive for the rescue and gives us a chance to promote boat safety,” – Andrew Cowell, volunteer marine rescue.

Minprovise, dropping a line as major sponsor, means the event can run smoothly for the hooked local community, with proceeds also contributing to important equipment and safety upgrades for the marine safety team and water patrols of the coast in the Pilbara.

Just this week, Minprovise have committed to the sponsorship of young, up-andcoming boxer, Daniel Stewart, from Perth’s Northern Suburbs.

The 21-year-old, heavy-hitter has been boxing since 14 years of age, building a name for himself in competition and leaving bodies in his wake.

Some of his accolades include; winner of the 75 kilogram Youth National Title at 16 years of age and many other state titles throughout his 75 kilogram youth and 81 kilogram adult fighting career.

Training regularly with the WA State Boxing Team and traveling to the United Kingdom and New Zealand to compete, the young hopeful is holding no punches in working towards his dream of an Olympic Medal and Title.

With Minprovise as Major Sponsor, the boxer is one step closer to his goals – with his return flights to both Brisbane and Karratha for trials and training camps booked by Minprovise chief executive officer and owner, Graham Townsend.

Catch the Olympic contender at the following upcoming Competitions and Qualifiers: