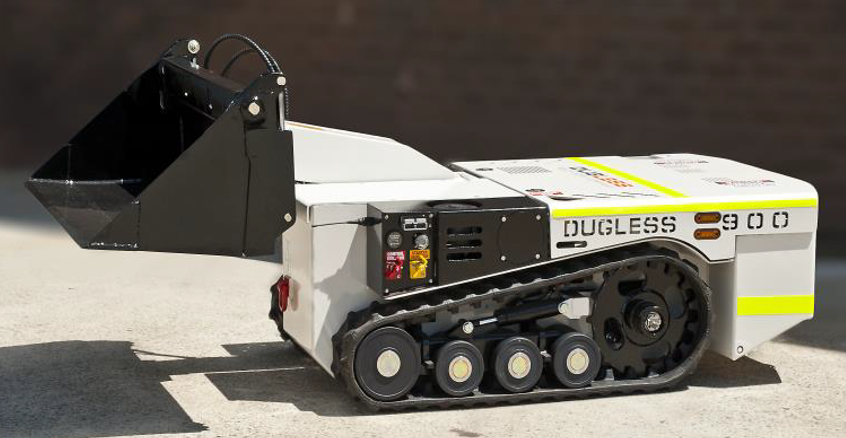 MINPROVISE’s commitment to the continuous improvement of their products & services has seen the company upgrade their popular Dugless 900 automated mini-loader in response to the feedback of clients.

The need for innovation stemmed from feedback received from clients specifically on the performance of the Dugless 900 Air Intake System while working in confined and dusty spaces. The digger often works under conveyor systems and around spillage build ups, meaning the air filter cartridges required regular change outs due to the amount of dust being collected. Excess dust coming through the engine could also lead to ‘dusting of the engine’.


In response to client feedback, the Minprovise Quality Control, Engineering and Dugless teams put their minds together to develop a new system which could successfully filter dust particles more efficiently, optimising the Dugless machine’s operation times and reducing the number of required filter change outs.

Initially, the research team found that the use of a single cyclone assembly could successfully remove dust particles before they even reached the dual filtration system. The first prototype of this design was based on a single cyclone, but had no consideration in terms of its placement within the machine due to its larger size and shape. The prototype yielded good filtration results but created a new dilemma for the design team – how to build a cyclone system which could fit within the uniquely compact Dugless frame.

Advancing from the external single cyclone system, the team at Minprovise needed to manipulate this design so that the system could be successfully integrated into the current Dugless air filtration compartment of the machine. Subsequently the engineering team designed a single layer, multi-staged cyclone that was retrofit-able with the current Dugless shape and design.

Now that phase 2 had created a cyclone air intake assembly complimentary of the compact Dugless shape, the engineering team needed only test and optimise the new design. The final result was an 8 Chamber, Single Layer, Multi-Cyclone assembly. By experimenting with the number of chambers (starting at 10 and working down to 7) the design team concluded that the 8 port, multi-cyclone provided optimum results for the amount of dust particles collected, whilst fitting within the Dugless design envelope for retrofitting.

Once the Minprovise engineering and research team confirmed through extensive testing and re-testing that the 8 chamber air intake system was the optimum design, final tests were conducted to reach the greatest efficiencies of this design.

A 3D model of the 8 chamber system was block run through an airflow analysis program to determine and remove any inefficient airflows in the design that could be engineered out. The chamber design was fine-tuned to maximise the vortex effect, ensuring maximum particle extraction.

The final assembly is now made up of 16 components and hugely reduces the number of air filter change outs, therby decreasing downtime / maintenance.

• The new, 3D printed base material has been chosen to maximise the systems wear characteristics and provide sufficient durability to handle the vibration of the machine during use

• Significantly less dust ingress into the engine, evidenced from servicing of a client machine after the first 100 hours of usage