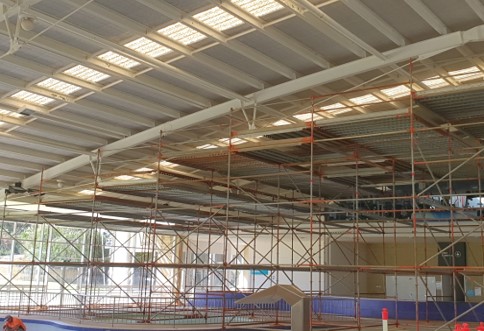 Minprovise Scaffolding Division was asked to kick a goal with the dismantling of old, unsafe scaffold material and score safety and aesthetic appeal with the design and erection of new scaffolding at Perth’s HBF Stadium.

The project resulted in 154 tonnes of scaffold material being dismantled and replaced 10 days earlier than schedule. They received rave reviews from HBF Stadium, saying that the “Minprovise team have shown outstanding safety quality and professional workmanship to provide safe access for works at the HBF Arena”.

Not only was the scaffolding replaced by Minprovise, but their Corrosion Control Division provided excellent backup with anti-corrosion processes and painting. KPI, Take 5’s, and JHA’S where all conducted on site and recorded. The whole 20-day performance was injury and incident free.