Home » News » Minprovise continue to give back to the Pilbara Community 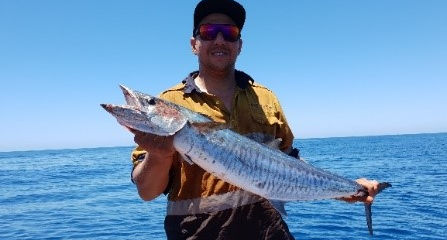 Minprovise continue to give back to the Pilbara Community

As published by Australian Mining.

Since being established in 2004, Australian mining services company Minprovise has continually endeavoured to give back to the communities and individuals that have contributed to the company’s exponential growth.

Port Walcott Volunteer Marine Rescue is just one of the communal events Minprovise has sponsored several times, leading to enhancements in the volunteer group’s marine and boating equipment to save lives and ensure the safety of the Port Walcott community.

The third annual Port Walcott Fishing Extravaganza, held in the Pilbara town of Wickham, attracted 220 participants across 68 teams last October. Participants included residents from all over the Pilbara, with even some employees from Minprovise getting involved. The company was a major sponsor, contributing $5000 towards the ongoing Marine safety of the Pilbara and the fishing competition, which will once again take place in 2019.

Minprovise invests time and effort into the communities that support it by effectively managing environmental, economic and social responsibilities. Nowhere is this truer than the company’s continued community engagement.